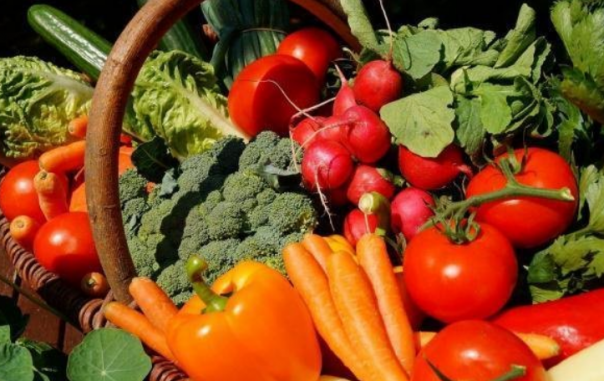 Abstract
New Covent Garden Market, where over 100 wholesale traders supply fresh fruit and vegetables to some of London’s top eateries, has predicted Asian wok cucumbers, celtuce, foraged sea vegetables and crab apples as some of the hottest on-trend ingredients coming to kitchens in 2022.

The market’s annual Fruit and Vegetable Trends Report 2022 is based on qualitative insights from its expert wholesaler traders. They collectively supply the capital’s most fashionable restaurants such as La Gavroche, Sketch, Soho House, Jikoni and Darjeeling Kitchen.

Cucumbers but not as we know them

According to S.Thorogood and Sons, a New Covent Garden Market based wholesaler, summer 2022 will be all about cucumbers. Asian wok cucumbers are being grown in the UK for the first time at The Caffarelli family farm in Cambridgeshire and they will be supplying S.Thorogood and Sons exclusively with this new variety.

Unlike traditional cucumbers, Asian wok cucumbers are used in hot dishes to add extra crunch and juiciness. Furthermore, English cucumbers with an Italian flavour will also be introduced to chefs via New Covent Garden Market and micro snack cucumbers are another variety set to take centre stage.

Asian import Celtuce, grown in the UK for the first time

Kelly from New Covent Garden Market based County Supplies explains how celtuce is one to watch. He said: “Celtuce is a stem lettuce that’s popular in both mainland China and Taiwan. It has a strong taste and a similar texture to iceberg lettuce, and it’s newly being grown in small volumes in the UK.

“Currently it’s mainly imported from Spain and France but chefs are increasingly incorporating it into their menus looking to offer something genuinely new and different.”

Meanwhile some other Asian produce has become less available with Vernon Mascarenhas of New Covent Garden Market based Nature’s Choice commenting: “Some Asian products that chefs love just aren’t available in the volume they used to be, if at all – and if there is product available, the prices have risen significantly.

“Things like snake beans and a lot of the popular Chinese vegetables like bok choy and choy sum are a good example; you just struggle get them in the UK anymore. One of my customers used to swear by Thai shallots, but even if they are available, they are now as much as £50 a sack, so he’s had to adapt.”

Popularity of British grown fruit and vegetables continues to boom in commercial kitchens and beyond, and in turn it’s putting pressure on growers to innovate. Liam Kelly from County Supplies explained: “Smaller British growers are increasingly sought after.

“There is a focus amongst our customers on being super-seasonal, but essentially there’s not enough home grown crops to cater for the demand. It’s not year-round and there’s not as much variety for what the supply chain would like to sell. If something is British, it is that bit more attractive. This has nothing to do with Brexit though, it’s been a trend for a while and it’s linked to a desire to create menus that are eco-friendly, sustainable and biodynamic.”

Foraging takes to the seaside

With demand for British produce higher than ever, some have taken to wild sea and beach foraging as a way to create totally unique menus. Stan Gulas of New Covent Garden Market based Oui Chef has noticed how sea vegetables, such as sea beet and sea purslane, are peaking particular interest among chefs.

Native to shingle beaches, cliffs, sea-walls and saltmarshes, sea beet’s dark green leaves can be cooked similarly to spinach or chard and have a rich, succulent flavour with a salty tang.

Meanwhile, similar to samphire, sea purslane is a small prostrate herb with succulent, salty leaves. Gulas goes on to mention the booming popularity of crab apples, which while previously often disregarded due to their sour flavour profile, have seen a renaissance with chefs using this foraged fruit for jams and jellies.

Spuds in the spotlight

Weird and wonderful new varieties of fruit and vegetables are emerging in Britain, but the humble potato is also having a moment. According to Jenny Irvine from Pure Package, a healthy recipe box delivery company based on the market, potato milk is on the rise as a more sustainable plant-based alternative to dairy milk.

Potato farming produces considerably less CO2 than dairy farming and uses half the land required for the same amount of oat milk. It is being fortified with Vitamin D, calcium, and folic acid, and Pure Package is already selling potato milk in three styles: original, barista, and unsweetened.

Gut health is one of the top trends to watch and 2022 is the year that it will gain even more momentum. Jenny Irvine at Pure Package said: “The general public are becoming increasingly knowledgeable about how vital it is to maintain a healthy gut, and this in turn has led to a surge in gut-boosting foods.

“It’s been well documented that consuming 30 plus plant foods in a week is linked to optimal gut-health and digestion, which has seen health-conscious consumers upping their intake of fresh produce”. Meanwhile Stan Gulas at Oui Chef has seen an increase in chefs incorporating gut-friendly miso and sauerkraut in their menus.