Sophie Murray on elderly care and health in Japan 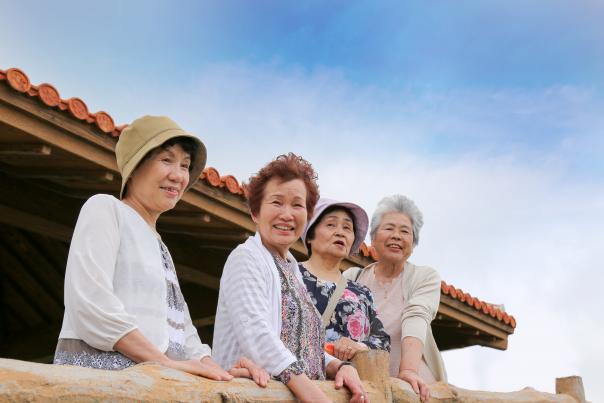 Abstract
The population of Japan is the longest living of any country, and I was fortunate enough to visit this amazing country and see for myself what may contribute to positive health and longevity, writes Sophie Murray. 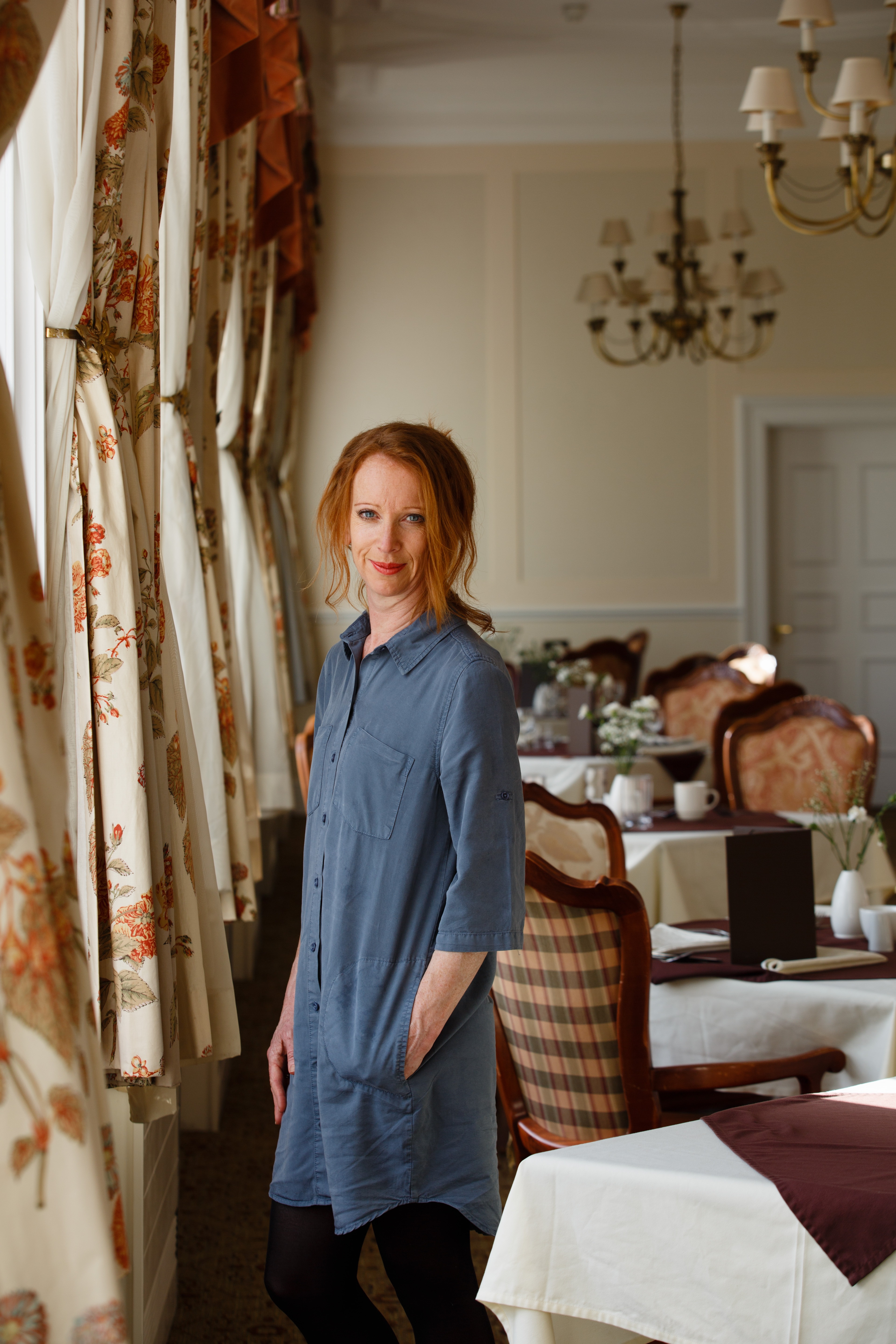 My trip to Japan late last year comprised visiting care facilities, including a nursing home and a care facility with day care and well as residential care, together with health visits in the community.

I was also fortunate to hear leading professors speak about the health benefits that probiotics have been shown to confer on the elderly, as well as emerging studies. Within this trip we consumed many traditional dishes, many of which were raw foods and fermented foods - absolutely delicious.

Care of the elderly

Whilst Tokyo itself was a bustling city of road systems and buildings on various layers (roads above and below you), we were taken to a busy area just outside the city and near to the government-funded flats where a number of residents were elderly.

Here we were taken to a large department store named Eion. The supermarket chain caters only for over 50s. The food is in smaller portion sizes, includes single item foods, and the facilities on offer ranged from an older person’s gym, older person health-based pharmacy, a café which was extremely accessible, an optician, clothing which may appeal to an older generation, small cooking equipment such as pans and ladles, continence products and so forth.

It all indicated that this was thought through to help individuals live in their own home for as long as possible with appropriate shopping trolleys that were higher than the UK standard deep trolleys. There were seats throughout the shop to stop and take a pause if needed. In itself this was a social hub – all indoors and easy and also very appealing too for under 50s, a category I can still fall in to for a few more years.

We made a visit to care facility which housed a children’s nursery, a day facility to dine for those who may find cooking more difficult, a shop, and a residential facility - all of which was funded by the community for the community. It is a cooperative in its truest sense, which also ran a comprehensive support system for the local community, largely for the elderly to help them manage at home.

Care support assistants were referred to as lifestyle workers, their duties included visiting people at home and walking the dog with them, helping them cook and carry out tasks which may be of a social nature to help prevent isolation, as much as physical care and support. The cooperative was an opt-in system, whereby workers paid to join and could earn from those needing their services, which may be care or hairdressing or sewing and housework.

Those receiving care also bought-in and could have started by being on the workers cooperative to eventually needing the services of the cooperative. It is now in its 30th year and includes multigenerational members.

The main kitchen provided meals on wheels services too, cooked on the premises although home delivery bulk foods were also available to be delivered and these could be joint-purchased by the cooperative to save on cost.

One could rent welfare equipment from there too and there was a household repair service, which included gardening or replacing air conditioning filters – the smaller jobs that could become difficult for some.

There was also a clothing alteration service so individuals who may have changed size did not have to buy new clothing. I asked about malnutrition and was informed this was not seen as an issue as there were so many preventative steps.

The workers collective carried out welfare and nursing, supporting all aspects of household affairs and this included transportation to and from appointments. Many of the workers have other jobs too and carry out an element of voluntary work. This facility was built with the cooperative’s money which was either raised or donated – none came from the government, a choice made by the cooperative, and some people contributed more than others.

We also visited biotopia, a facility contributing to the region’s health enhancement by using technology and interaction to identify early warning signs of ill health and treat them. They take an approach which involves three themes: food; exercise and the senses; and connected to nature.

As for the studies on probiotics, we heard from a number that have been undertaken to explore health benefits.

Malnutrition was not a considered a major issue. This is the longest living country in the world, so what can we learn?

Family living was at the heart of the impression we were given, including Government-funded wellbeing initiatives and ongoing programmes. Probiotics drinks company Yakult delivers daily as a touch point check across Japan. Under the scheme delivery is by bicycle, and it is credited with saving lives and offering support.

We were told that the Yakult drink was developed from studies into the prevention of infectious diseases. Dr Shirota, after whom the Lactobacillus casei Shirota (a fortified strain of lactic acid bacteria) is named, first studied microbiology at university before going on to develop a cultured bacterial strain that survived in the intestines in 1935. In fact, L. Casei Shirota (LcS) has been shown to activate immunocytes (cells that are part of the body’s immune system) in the gut.

His work led to the term ‘shirotaism’, which describes the principles he followed - a healthy intestinal tract leads to a long life, a belief that prevention is better than cure, and that good health should be affordable.

Coming right up to date, in 2016 Yakult commenced studies with JAXA (Japan Aerospace Exploration Agency) and NASA (National Aeronautics and Space Administration) using probiotics in a space project as part of the diet fed to astronauts in space. In particular they were looking at the phenomenon of astronauts’ bodies undergoing physiological changes, including muscle atrophy, reduced bone mass and immune suppression. They used a special probiotic product for space experiments, containing freeze-dried LcS in capsule form.

Professor Naomi Alba from the Department of Nutrition and Life science in Kanagawa was spoke to us about about trials conducted using Yakult and a yoghurt brand to establish if there was a link between probiotics and health.

She gave statistics regarding general life expectancy in Japan (87 for women and 80 for men) and listed the leading causes of death as cancer, heart disease, pneumonia and ‘senility’.

She spoke about bacterial patterns changing with age and reinforced a point made earlier that prebiotics, unlike probiotics, were not stored in the stomach or digested. She also referred to a meta-analysis of the use of LcS to treat Clostridium difficile infection, which causes inflammation of the colon, and other studies that linked undernutrition to low levels of gut flora.

This led to me reading more of the research in this area and I found that in another analysis of 178 elderly subjects showed a more diverse microbial population in those living in the community and the least diverse was found among those living in a residential care setting. This was attributed to factors such as medication and poor quality diets that were low in fibre. The conclusion was that low diversity of gut flora was linked to poorer health outcomes - (Wilson L and Avery V. Yakult Network Health Digest, Volume 7, 17-19 October 2017).

Yakult sponsors research in this area and studies have also been conducted into gut disorders, immune mechanisms, cancer and gut-brain responses. They said that one study on mood effect and cognition, which was conducted on 132 healthy adults, concluded that after 20 days, those low in mood had significantly improved (Benton et al (2007) Eur J Clin Nutr 61: 335-361.

Meanwhile, Eric Claassen (Prof.eric.claassen@gmail.com) from the University of Amsterdam spoke to us about lactic acid research, and the numerous studies that have been carried out, including among the military and shift workers, into obesity and cancer.

He told us about the hierachy of evidence leading to a health claim and why, with thousands of bacterial strains, it was difficult for studies to pinpoint an effect on one bacterial strain alone, although they were ‘coming through’.

He said that randomised controlled trials (RCT) were the gold standard needed before any claims could be made. Research began with experimental studies, then observational studies (case reports and case series), then observational studies (case controlled cohorts), then RCTs followed by meta analysis of at least two RCTs before a health claim could be made.

In 2019 a Cochrane Database of Systematic Reviews investigation into the use of probiotics to treat antibiotic-associated diarrhoea in children, showed favourable results as a preventative measure.

Claassen also spoke about the use of probiotics for the elderly and the cost savings available if they were used to prevent or treat chronic constipation. And he spoke about a link to cancer and the natural killer cells in the body that attack cancer cells. Lactobacillus seem to enhance the activity of the killer cells by breaking down the cancer cell walls to kill the nucleus, but if you stop consuming probiotics, the Lactobacillus will disappear.

And he also spoke about faecal matter transplants, which are now becoming more common as a treatment option for people whose gut flora does not have the required diversity. The dosage of bacteria in such transplants was far greater in all studies than are provided by many standard probiotic capsules or foods.

He finished his session with us discussing which variety of foods provided the best bacterial diversity.

In 1963 Yakult introduced a doorstep delivery scheme to promote Yakult throughout Japan. Most of those involved are women, bringing it directly to people’s homes by bicycle. Their remit is more than simply handing over the product, though, as they support the health of recipients by making a health check to residents participate in neighbourhood watch anti-crime schemes.

There are thousands of them in the country, cycling round with 20kg of tiny Yakult bottles in their basket that are kept fresh with up to 10kg of ice.

I was absolutely fascinated from this trip – and was also fortunate to taste many products and return home without jet lag.

* Sophie Murray is head of nutrition and hydration with Sunrise Senior Living and is deputy chair of the National Association of Care Catering.