Teachers not at increased risk of severe Covid-19 research finds 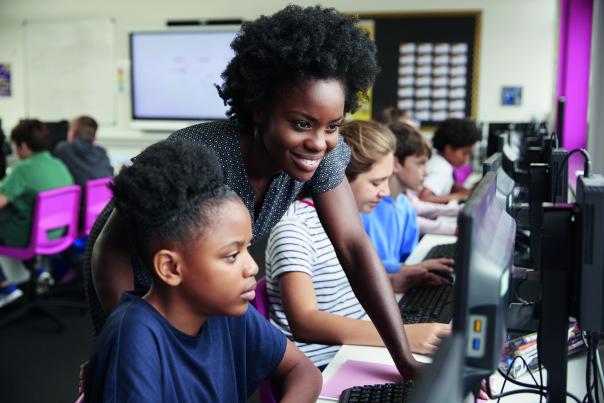 Abstract
In findings that will have implications for school catering teams, a study has found that teachers were not at increased risk of hospital admission or severe Covid-19 during the 2020-21 academic year.

A study just published by The BMJ which has a particular focus on teachers, also provides results of interest to school catering teams, their household members as well as policy makers, and the wider population.

Neither teachers nor their household members were at increased risk of hospital admission with Covid-19 or severe Covid-19 at any time during the 2020-21 academic year compared with similar working age adults, including during periods when schools were fully open.

That has been the findings of the study, though the researchers behind it say it is not possible to draw any conclusions say from it about why teachers are not at a higher risk than the average working-age adult.

They say it could be that schools are not – compared to the ‘average’ occupational setting – a high risk environment.

It is also possible that teachers are not at higher risk because they are generally healthier or more careful about Covid-19 related behaviours than other occupational groups, although attempts were made to account for such differences in the study.

In any case, as the authors point out, most of the teachers in the study were young women with few underlying health conditions, and so were at low absolute risk of severe Covid-19 and hospital admission with Covid-19.

They say: “Our observations are likely to be of interest to teachers, their household members, policy makers, and the wider population.”

Existing studies do not indicate that teachers have been at increased risk of hospital admission with Covid-19, although some variation was found by type of teacher, and predate the widespread circulation of alpha and delta variants.

So in the latest study researchers in Scotland set out to compare the risk of Covid-19 among teachers and their household members with healthcare workers and adults of working age in the general population, using Scottish data from March 2020 to July 2021.

Most teachers were young (average age 42), 80% were women, and 84% had no existing conditions (co-morbidities).

During the study period, the overall risk of hospital admission with Covid-19 remained less than 1% for teachers, healthcare workers, and adults of working age in the general population.

After adjusting for factors such as age, sex, ethnicity and deprivation, the results show that in the initial period of school closure (spring/summer 2020), the risk of hospital admission with Covid-19 was around 50% lower in teachers and their household members than in the general population.

In contrast, during this same period, the risk was almost four times higher in patient-facing healthcare workers and almost twice as high in their household members.

During the later period of school closure (winter 2020/21), teachers and their household members again showed around a 50% lower risk of hospital admission than the general population.

In the first period of full school opening (autumn term 2020), the risk of hospital admission in teachers increased by around 2.4-fold, reaching a similar level to that in the general population.

And in the summer term of 2021, when schools were also open and vaccination of the Scottish population was underway, a smaller increase of around 1.7-fold was seen.

No accompanying increase in the relative risk of severe Covid-19 among teachers and their household members was observed during either period, and the risks of hospital admission were broadly similar across different teaching sectors.

The authors make the point that this is an observational study, so it can not establish cause, and they also point to some of the limitations in the research, such as being unable to link a small number of teachers to healthcare records, and a lack of detailed information on factors such as class size and control measures within individual schools.

But they insist this was a large and almost complete sample of teachers and their household members and so they felt it allowed for valid comparisons across different occupational groups, suggesting that the results withstand scrutiny.

The researchers acknowledge that prompt uptake of vaccination in teachers might have contributed to their protection during a period when the delta variant was common, but say these findings ‘should reassure those who are engaged in face-to-face teaching’.