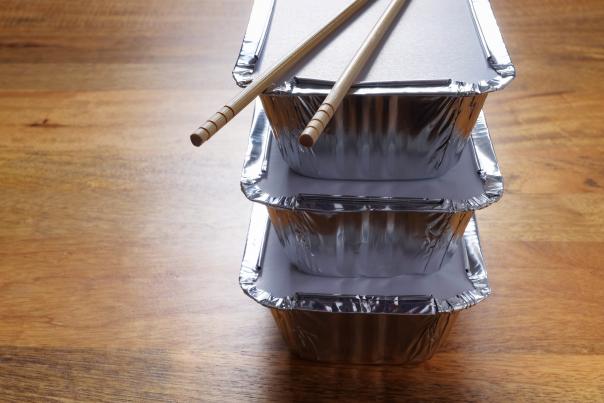 Abstract
More than three million people (6%) in Great Britain have gone hungry since lockdown began three weeks ago, reporting that someone in their household has been unable to eat, despite being hungry, because they did not have enough food.

A new YouGov poll commissioned by the Food Foundation and the Food, Farming and Countryside Commission (FFCC) found that 1.5m (3%) have gone a whole day without eating since the lockdown came into effect, and 7.1m (14%) say someone in their household has had to reduce or skip meals because they could not access or afford sufficient sustenance.

Dr Rachel Loopstra, lecturer in nutrition at King’s College, London, said: “These figures, based on a three-week window of time, are one and a half to two times higher than what we usually see when we survey about experiences of hunger covering a 12 month period.

“They suggest the COVID-19 lockdown has had a swift and devastating impact on the population's ability to access sufficient food, both for economic reasons and because of self-isolation.”

Anna Taylor, executive director of the Food Foundation, said: “We cannot rely on food banks to support the millions of people who need emergency food aid during this crisis: it is too big a problem, and urgently requires substantial investment from central government.

“The government must put money in the pockets of families who can’t afford food, and support local authorities to scale up the food response for those who are self-isolating so they can secure enough food to sustain themselves and their children. Other countries are doing this, so can we.”

Sue Pritchard, director of the Food, Farming & Countryside Commission, said: “It’s taken a pandemic to reveal just how fragile our food system is for many people. Our report last year showed how the food system in this country needs levelling up.

“We need urgent action now, so that people do not go hungry, whilst farmers are having to throw away produce. This is a long-term problem that needs serious, substantial and radical change.”

The poll data suggest that just three weeks into the lockdown, more than 3m people have already had to borrow money or take out personal loans as a result of COVID-19, though this has not increased in the last 14 days.

A further 2% of respondents, equivalent to more than one million people, said they’ve lost all of their income, but 38% of those who reported a drop in income think they are not entitled to help from the government.

The government’s free school meal replacement programme means that 63% of the households with children (aged 8-16) eligible for free school meals report receiving a substitute – up from 54% two weeks ago.

And 62% say they will be getting support during the Easter holiday, thanks in part to the government’s decision to extend the free school meal voucher scheme beyond term-time.

Taylor said this showed encouraging movement in the right direction, but would still leave 507,000 children without the free school meals on which they relied before the lockdown, and 260,000 would still not receive the support they need over the holidays.

Sabine Goodwin, coordinator of the Independent Food Aid Network, added: “Independent food banks in our network are seeing as much a 300% increase in footfall compared to this time last year.

“Meanwhile they are struggling to source enough or appropriate food because of reduced donations, limited access to supermarkets and diminished surplus supply. Unless the UK Government takes action to reduce poverty levels by increasing benefit payments and enabling cash grants, this situation will continue to spiral out of control.”

And Vic Borrill, director of Brighton & Hove Food Partnership, said: ‘Although shocking, these figures will not surprise community food organisations who have moved quickly to respond to the increase in demand for food this crisis brings.

“Volunteers are incredibly worried that they will not be able to meet the day on day increase in need they are seeing. Across the UK local authorities and voluntary groups are already working together to get money and food to people who have none, this approach needs more government resource to ensure in the coming weeks that no-one is hungry at home."