Dietary guidelines around world not compatible with health and sustainability goals, study suggests 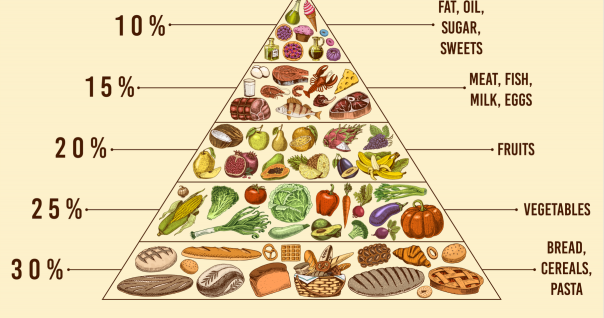 Abstract
Most dietary guidelines are not compatible with global health and environmental targets, according to the findings of an analysis just published by The BMJ.

National food based dietary guidelines (FBDGs) are government endorsed documents that provide recommendations and advice on healthy diets and lifestyles, but most do not address the social and environmental implications of dietary choices.

So an international research team set out to compare the health and environmental impacts of adopting global and national food based dietary guidelines with global targets.

They collated and scored measurable recommendations, such as “eat five servings of fruits and vegetables a day” from 85 national guidelines along with global guidelines from the World Health Organization and the EAT-Lancet Commission.

They then used modelling to estimate how these recommendations could reduce early death from chronic diseases, such as heart disease, type 2 diabetes and cancer, and meet environmental targets related to greenhouse gas emissions, and use of land and fresh water resources.

They found that adoption of national guidelines was associated with an average 15% reduction in early death from chronic diseases and an average 13% reduction in greenhouse gas emissions from the food system, equivalent to 550 million tonnes of carbon dioxide.

However, most of the national guidelines analysed (83, 98%) were not compatible with at least one of the global health and environmental targets.

This study has several strengths, such as the large number of countries and rigorous assessment of guidelines. But the researchers point to several limitations that may have affected the accuracy of their results, such as the often qualitative nature of many national guidelines, and say there are many potential implications for improvement in future studies.

Nevertheless, they conclude that reforming national food based dietary guidelines, as well as WHO guidelines, “could be not only beneficial from a health perspective but also necessary for meeting global sustainability goals and staying within the environmental limits of the food system.”

In a linked editorial, researchers in Germany agree that these findings should be interpreted with caution, saying perhaps the most important finding from this study is the uncertainty that it highlights, not least about plant based foods.

In overall terms the EAT-Lancet Commission proposals seem superior in terms of reducing mortality from non-communicable diseases, they write.

However, they point out that adopting the EAT-Lancet recommendations globally “would not be affordable for many in low income countries without concomitant economic growth, improved local food production and supply, and expansion of the range of lower cost animal products, fruits, and vegetables.”

“We still have some way to go before diets can become healthier and more sustainable worldwide” they conclude.

PSCMagazine
RT @mynameisAndyJ: #FEAuk #FEAconference2021 So proud of this award. Our industry is very special. This award is not mine it’s the #hospita…
1
0