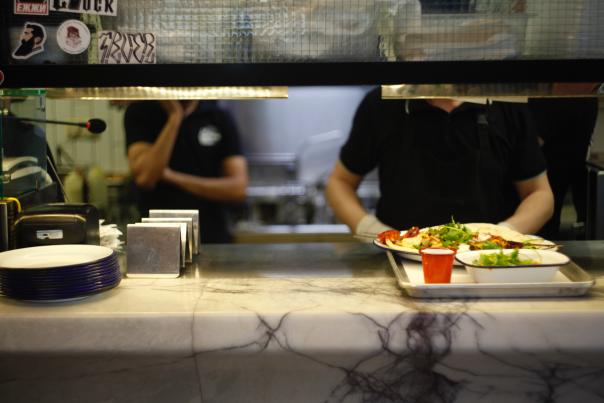 Abstract
Providing choice and variety in school meals yet meeting all food allergen requirements is a continuing challenge for catering teams, despite developments in technology, software and data. Ernie Dewhirst, managing director of Evolve 4 Solutions, looks at the issues.

When it comes to school catering, pupils were traditionally given a choice of one, two, or maybe three meals for lunch and it was ‘take it or leave it’. However, in more recent times, we’ve seen a huge rise in children’s allergens and special requirements, and there’s a broad spectrum of catering needs as a result.

At one end a child could have a severe allergy to nuts that is life-threatening, while at the other a child may not like the taste of margarine or may not be able to eat certain foods for religious reasons. All of that has to be accounted for now in the school kitchen.

The world has got more sophisticated and the need for choice is paramount. It’s not acceptable any more to offer one option to a vegetarian, for example. There is now an expectation to meet a broader range of meals. In fact, another reason for more choice is that it is recognised a hot, nutritious meal leads to better educational outcomes and even a decrease in school absences.

Parents can be reluctant to pay for school meals if they don’t believe their child’s preferences are catered for, so getting them on board with school meals is very important. One suggestion that could make things easier for parents is to introduce a traffic light system showing how nutritious a meal is.

Schools need to be able to offer not only foods that suit dietary needs, but balanced meals with good nutritional value. We are now seeing dietary requests which, for example, mark a child down as not being able to eat eggs because they won’t have a fried egg, though they do want to eat the chocolate pudding that contains eggs.

Parents are looking for much more when it comes to school meals - it’s almost as if they are going to a restaurant.

There has definitely been an increase in vegetarian and veganism in recent years which, along with allergens, can cause issues in a small kitchen when it comes to cross-contamination. This requires staff to be trained well enough to recognise the risks and how to prevent them.

Such extra challenges mean the level of education and training needed to work in a kitchen environment now is huge. This training, though, is very important because dealing with the right, or wrong, ingredients can be a matter of life or death.

Kings Road Primary School in Firswood, Manchester, has been reaping the benefits of using our Evolve Smart Catering System for schools, gaining positive feedback from both parents and staff.

The problem was the school the administration around school lunches was extremely time-consuming - handling pupil allergens and different food requirements coupled with chasing parent payments.

Not having a catering management system in place meant missed payments from parents led to longstanding parent debts that staff had to spend time chasing. Not only that, but unwanted food was going to waste.

The solution was the implementation our system, which allowed school lunches to go digital. Parents now order and pay for lunches online, and students are guaranteed to get the meal they order.

As a result, food waste has been dramatically reduced and the heavy administrative burden on school staff has been eliminated. The school likes the system so much it also now uses it for school trip payments as well.

Despite initial reservations from the school about how parents would react to the changes and whether they would embrace the Evolve 4 system, it has been a hit with them too.

In fact, the school has told us: “Staff have found the Evolve 4 system straightforward to use and the allergen control safeguarding is reassuring. It has had a positive impact on parents who like to see what their children will eat, and they can anticipate what they will like. It has helped us strive to avoid excessive food waste as orders are being placed in advance.

“We like the system so much that we now also use it for school trip payments – keeping everything in one place makes things much easier and having the system has meant a reduction in parents’ debt to us because they pay as they order.”