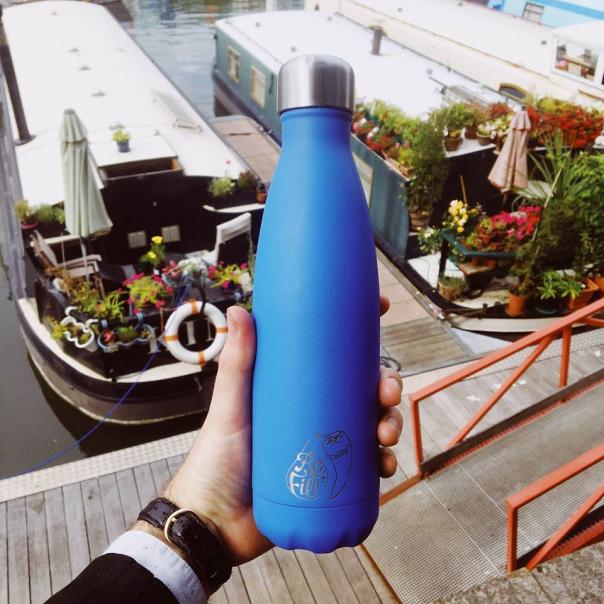 Abstract
City to Sea, the plastic pollution campaigning organisation, has announced the launch of a pilot initiative with high-street chains including LEON, Pret and Waitrose to champion refillable solutions in a bid to cut single-use packaging.

The pilot is an extension of the ‘award-winning’ Refill campaign, which has already connected over 250,000 app users with over 30,000 independent businesses, transport hubs and retailers. The aim of the campaign is to remove the need to buy bottled water.

Three-month trial in Bristol and Oxford

The three-month trial started in November 2019 in Bristol and Oxford. App users in these two locations were able use the free app to find where they can refill their water bottles, coffee cup and groceries.

It is estimated that the UK food-to-go market will be worth £23.4 billion by 2024, up from £18.5 billion in 2019. A Mintel report from 2018 showed that 75% of consumers eat lunch on the go every day of the week. According to City to Sea this makes it ‘vital’ consumers are offered a plastic free alternative.

The expanded Refill campaign, which started in 2015, will connect conscious consumers that are looking to reduce their single-use plastics with locations that offer refillable options. The app will also highlight discounts that reward people for bringing their own container.

There have already been a number of businesses that have signed up for the pilot campaign. These include LEON, Pret, Neal’s Yard, Morrisons, ASDA, Costa and 70 independent businesses in Bristol and Oxford including River Cottage Canteen, Better Food Co in Bristol and Jericho Coffee Traders and Organic Deli Café in Oxford.

If businesses get involved in the scheme they will save money on packaging and waste management costs but also gain ‘customer trust and satisfaction’.

Rebecca Burgess, chief executive of City to Sea, said: “It’s fantastic to see LEON blazing a trail in the sector and letting its customers try out bringing their own containers for selected food items, as well as hot drinks and water.

“We hope that their example will show other food-to-go chains that it’s infinitely possible to achieve this whilst ensuring food safety and customer satisfaction.”

In 2018 over 1.13 trillion items of packaging (mostly plastic) were used for food and drinks in the EU alone.

Leon will continue to offer hot drinks at a discount for customers bringing their own cups/containers.

Rebecca Di Mambro, head of marketing for LEON added: “Sustainability will be the defining issue of our time, and it’s our mission to be the first generation to leave the planet in a better state than we found it. That’s why we’re so excited to be partnering with City to Sea on their refillable pilot at LEON Oxford.

“We know our guests want the opportunity to make more sustainable choices – we’ve seen a 300% uptake since we launched our reusable coffee cup discount over 18 months ago – and trialling refillable containers is the next step in reducing the amount of single-use material across LEON.”

According to research by City to Sea 75% of people would view a business that offered refills for food and drink in a more positive manner.

Moreover a Global Data survey revealed almost 75% of Brits were willing to use food refill services in order to cut down on waste and improve food sustainability for the environment.

City to Sea wants other forward-thinking businesses in the food-to-go or retail sector to participate in the pilot.