200 Degrees Coffee donates materials for the protection of QMC workers 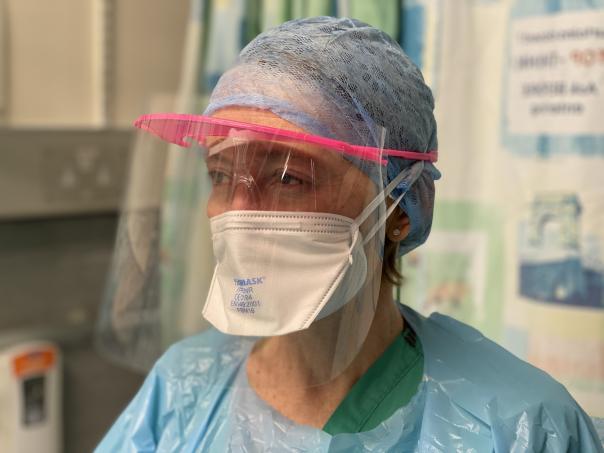 Abstract
200 Degrees Coffee and members of the public have donated acetate to the Queens Medical Centre hospital (QMC) in Nottingham, to help alleviate the shortage of protective visors for NHS staff working on the front-line of the COVID-19 pandemic.

Co-founder of 200 Degrees Coffee, Rob Darby, said: “In the current COVID-19 crisis the NHS are working at the coalface and all efforts are being made to limit the spread, and to help support our NHS and the capacity at its hospitals.

“The NHS is doing an incredible job of looking after us all during this pandemic and when we heard that they had limited resources on PPE, we wanted to help. The team at QMC are doing an amazing job to create these visors in-house and we hope our donation can make a real difference in the effort to save lives.

“A big thank you to all those who supported us and donated acetate sheets, it was brilliant to see such a huge response from other people who just want to help anyway they can.”

The specialist coffee roasters and self-proclaimed coffee geeks also delivered 50 cafetieres - each with a kilo of freshly ground coffee - to the Nottingham Hospitals Charity, which are now being distributed between NHS staff rooms at QMC and City Hospital in Nottingham.

It’s a team-wide approach at 200 Degrees with finance director, Stephen Fern, working with his team mates at football club Bingham FC and the local community to raise £6,000. The significant sum was raised over the course of just four days and it has been used to purchase 4,200 protective visors for the QMC and other healthcare providers across Nottinghamshire and Lincolnshire.