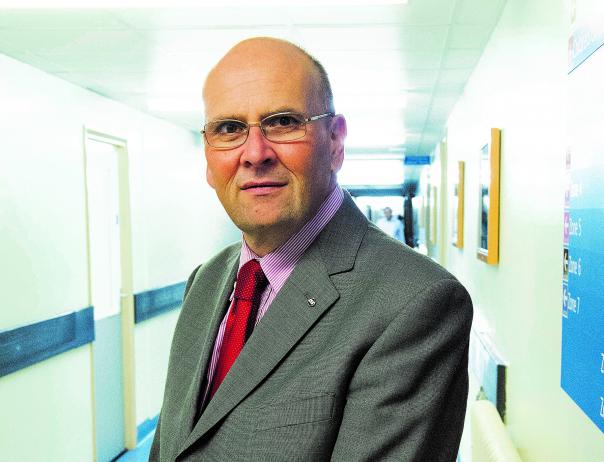 Andy Jones, has for a number of years been a passionate advocate of first hospital catering and, subsequently, for the wider public sector. As chair of the Public Sector Catering 100 Group, he is stepping down after almost seven years in the role. In that time he has embraced the responsibility of driving the collaboration that is the hallmark of the group, which is based around a core of the major, national catering associations.

He helped lead the way on the Group’s ‘20% Less But Better Meat’ campaign, which was designed to encourage and support caterers as they responded to public demand for more plant-based dishes on menus.

Andy joined with Derek Johnson and Caroline Lecko in 2012 to help set up the first Nutrition & Hydration Week, which aims to help health and social care settings to promote these twin goals. The annual event has gone on to become an international phenomenon, with Andy’s social media output helping to attract the support of Michelle Obama, when she was still First Lady, to promote it.

Among other notable winners was Enfield Council Catering Services, the arms-length provider which delivers school meals in the London borough who picked up the Contract Caterer Award. There was also the Sodexo team at Colchester Garrison, which won the Team of the Year Award in a highly competitive category for their help in the repatriation of colleagues from Afghanistan.

Torfaen School Catering won the Innovation Award for taking up the issue of low school meal uptake by children diagnosed with autism. They identified the barriers holding children and parents opting for school meals, made changes, trained staff and is recognised as an ‘Autism Aware Organisation’.

There was an additional award for Industry Recognition that was presented to Nadim and Tanya Ednan-Laperouse for their work in raising awareness of food allergies. On the night a charity raffle was held to raise money for the Natasha Allergy Research Foundation (NARF).

Jeremey Vine was the host of the PSC Awards night, which was attended by over 500 people from the public sector catering industry.

Catering Manager of the Year Award

Chef of the Year Award

Contract Caterer of the Year

Team of the Year Award