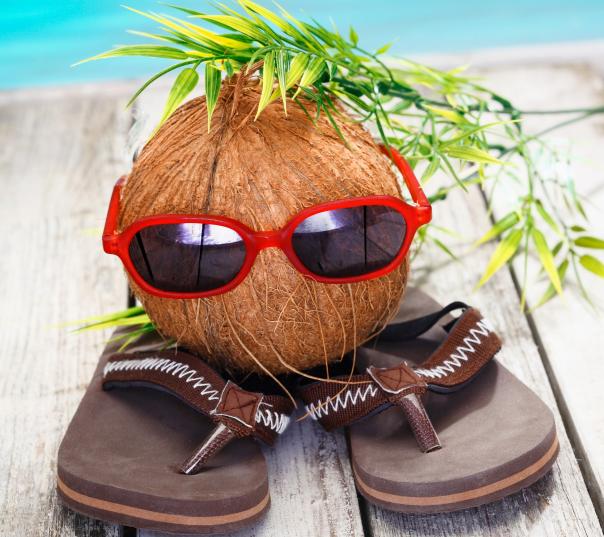 Abstract
Here's six fun food facts to eat up before the weekend. Let us know which is your favourite or if you think you can do better...

Coconut water can be used as blood plasma (coconut water is a universal donor and is identical to human blood plasma.  This natural isotonic beverage has the same level of electrolytic balance that we have in our blood).

The UN FAO estimates that there are already more than 1,400 species of edible insects currently consumed by people.

Eggplant (also known as aubergines) are so-called because they are white and egg-shaped before turning deep purple as they grow and ripen.

Common bananas are all genetically identical, because they come from trees that have been cloned for decades.

Mint sauce became the ‘essential’ accompaniment to roast lamb in Britain thanks to Queen Elizabeth I. To stop her subjects eating lamb and mutton (and help the wool industry), she decreed that the meat could only be served with bitter herbs. Enterprising cooks discovered that mint made the meat taste better, not worse.

In the 18th century pineapples were considered one of the ultimate status symbols of wealth and power. They were very rare and royalty at the time were taken aback and regularly used them in royal portraits. A single pineapple could cost the equivalent of £5000 in today’s money and you could even rent one to show off at a party.