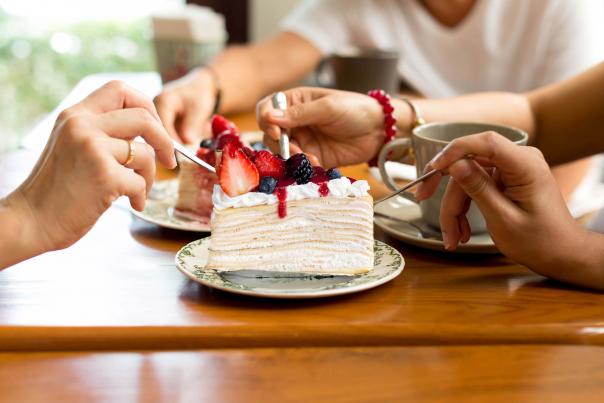 Thirty per cent of the nation confessed they eat cake as a regular snack in-between meals and 13% of those surveyed said they only having cake as a dessert or pudding.

Wil Chung, Foodhub spokesman, said: “Brits love their cake. On average the UK is willing to spend £2.74 on a slice of cake, with 19% happy to spend up to £5 per slice if the cake is good enough.

“One in ten Brits love their cake so much they’re reluctant to share it with anyone but, it’s refreshing to see that 42% of the country would share their last piece of cake with their partner, 18% with their child and 7% with their best friend.”

Over a third of the nation prefers their cake plain (37%), a quarter of Brits enjoy cakes with cream but only 10% of people have cake with custard. Cake with icing (34%) narrowly beats cake without icing (33%) as the UK’s preference.

People in Brighton have revealed angel cake to be their favourite cake, whereas Liverpudlians prefer apple pie and people in Aberdeen rank carrot cake as their top choice.