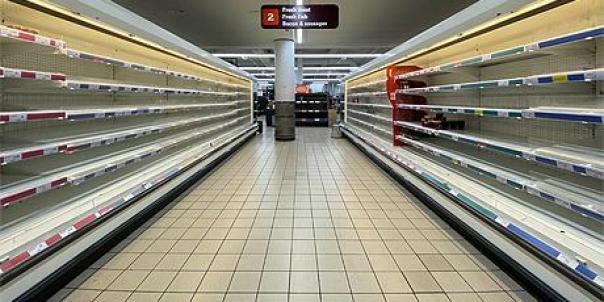 Abstract
The UK Parliament’s Environment, Food and Rural Affairs Committee has published its Covid-19 and Food Supply Report, and found the pandemic to have exacerbated food insecurity for millions of people.

Use of UK food banks almost doubled during lockdown, with a significant spike in demand from people with children.

Recognising that the situation is likely to worsen, the cross-party group of MPs call on Government to urgently appoint a ‘Minister for Food Security’.

The new minister would work across Government departments to collect robust data and deliver sustainable change. The report also urges the Government to consult on whether a ‘right to food’ should be put in legislation.

The report, which dissects the Government’s response to the pandemic’s disruptive impact on the food supply sector, highlights the significant knock-on effect of closures on suppliers, consumers and food aid organisations.

Although MPs conclude that Defra’s response once the crisis hit was largely commendable, the report questions why the Government appeared unprepared for disruptions given the spikes in retail demand and the impact of foodservice closures that followed lockdowns in other countries.

One factor that mitigated the impact of the pandemic on food supplies was that cross-border movement of food continued, but the report warns the Government cannot be complacent that this will always be the case.

Possible future crises triggered by climate change or a disorderly end to the Brexit transition period could pose potentially greater challenges if they hit imports of food to the UK.

The Committee therefore recommends that the Government reviews its resilience plans for the food sector and assess the extent to which our dependence on multi-national, just-in-time supply chains affects resilience.
Chair's comments

Neil Parish MP, Chair of the Environment, Food and Rural Affairs Select Committee, said: "The lockdown may have eased, but problems with food security are far from over.

“Food banks and other food redistribution organisations have reacted heroically to a shocking spike in demand for food aid, but this problem is likely to get worse before it gets better.

“It is therefore essential that the Government appoints a new Minister for Food Security who will stop this issue falling between the cracks.

"The Government’s actions to lock-down the country and close businesses were necessary, but they had huge impacts on the food sector and on food security.

“Defra’s response once the crisis hit was commendable, but despite warnings from other countries, it seemed as though the Government was constantly playing catch-up in trying to support the food industry during this crisis.

“The pandemic also highlighted our reliance on key workers, and I unreservedly thank those in the food supply chain whose work kept the nation fed throughout the crisis.

"In the future the Government will need to communicate better with the public. The voucher scheme for free school meals failed to recognise where families using them were likely to shop and encouraging everyone to shop online, when supermarkets had warned they would struggle to meet demand, set the scene for public frustration.

“We want the Government to learn lessons for the future."

* UKHospitality has welcomed the publication of the report and urged the Government to act positively on its recommendations.

Chief executive Kate Nicholls said: “The report acknowledges the scale of the crisis that has hit hospitality and supply chain businesses.

“It also recognises that it is going to take considerable time for our sector to be operating back at pre-crisis levels, more than a year in some cases.

“It’s crucial that we have a comprehensive plan for supporting food and drink suppliers, and the wider hospitality sector. The future of the sector is still uncertain, and businesses will still fail, with jobs lost, even at this point.

“Failures, or even delays, in the supply chain could have a devastating effect for hospitality businesses. That is not just pubs, hotels and restaurants, it is also catering businesses who supply our schools and hospitals. A cohesive plan of action to secure the future of the supply chain, and therefore the whole sector, is a must.

“We hope the Government acts on the recommendations of the Committee. The need for foodservice and hospitality businesses to be back trading at pre-crisis levels is evident and outlined in the report.”

PSCMagazine
We were delighted to receive this video from onboard the @HMSPWLS as WO1 Sam Hogg received his Public Sector Catering Award for Armed Forces Caterer of the Year 2020 sponsored by @GourmetClassic_ Congratulations once again! #PSCAwards @CO_FSTW https://t.co/pVAyRfS2FK
3
1