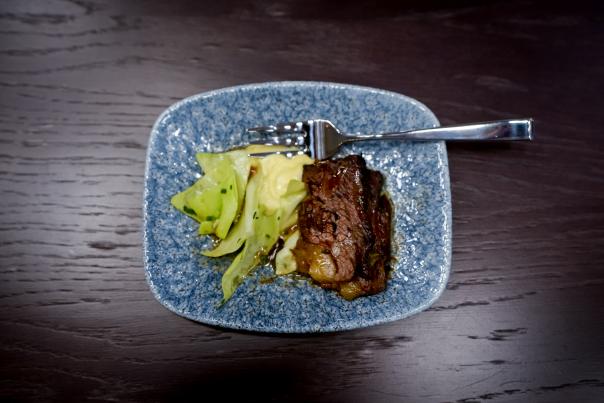 Abstract
Global services provider Sodexo says it is ‘proudly supporting’ British Food Fortnight in the UK from September 19th to October 4th by providing its customers with a showcase of traditional favourites designed to celebrate national pride.

Sodexo’s catering teams have supported the campaign organized by Love British Food for several years, and champions the use of British suppliers and produce wherever possible.

David Mulcahy, Sodexo’s culinary ambassador, said: “2020 has been a difficult year for the hospitality industry, but at Sodexo our commitment to supporting British producers and suppliers remains resolute.

“Throughout the lockdown, we continued to cater to many people and front line workers at our hospitals, prisons, and defence contracts, working closely with our clients and supply chain to ensure our customers had access to nutritious meals.

“With many people now returning to offices for the first time in months, we recognise that our customers want to feel confident and excited by the high standard of food on offer.

“Our ‘national pride’ meals will include hearty classics as well as some new seasonal and on-trend dishes with a stronger accent on the local food movement, bringing that much-needed comfort and trust element into everyday menus across our business.”

The company, which provides catering services at offices, hospitals, schools, universities and prisons across the UK and Ireland, is focusing its menus on British classics such as shepherd’s pie, toad in the hole and hotpot, as well as contemporary twists on national favourites such as butternut squash and braised lentil filo pie, and Hereford beef burgers with spiced chutney and kale slaw, throughout September, October and November in honour of British Food Fortnight.

Supporting British farmers and producers has been a Sodexo commitment for many years, with much work undertaken to build relationships and support SMEs across all areas of food production, said Mulcahy.

And as part of its commitment to reducing food waste and supporting local farmers, Sodexo has partnered with Waste Knot, an organisation committed to connecting businesses with surplus food, and Ferryfast, a cooperative in Worcestershire, to supply sites with boxes of rescued fruit and vegetables.

The partnership not only prevents food waste at farm level it also enables and inspires Sodexo chefs to create more plant-based dishes which continues to grow in popularity as more and more people adopt a flexitarian diet.

Known as Wasteful to Tasteful the initiative has to date saved over 130 tonnes of fruit and vegetables which would otherwise have gone to waste.

Added Mulcahy: “With more and more people adopting plant-based diets, we have the opportunity to celebrate the wealth of fruit and veg that’s grown here in the UK. We are delighted to champion initiatives that support British farmers and producers and raise awareness of British produce among our clients and guests.”