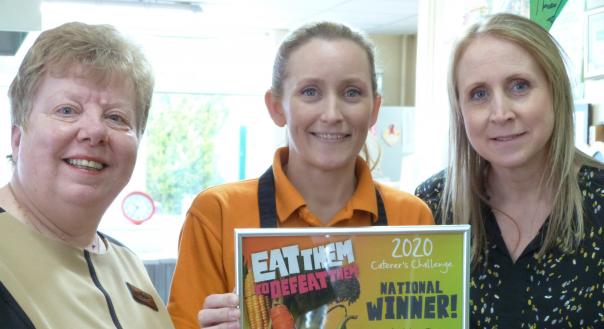 Abstract
Contract caterer Elior and the Stephenson Way Academy catering team won the ‘Eat Them To Defeat Them’ School Catering Challenge after creating a display to encourage children to eat more vegetables.

The School Catering Challenge was a national competition which aimed to ‘inspire’ children to try more vegetables. The Stephenson Way team transformed the school canteen with a display of ‘evil vegetables’ for the children to defeat by eating them.

Jade Gower, promotions manager from Elior, said: “We are delighted to have been awarded the top and runner up prizes in the Caterers Challenge for Stephenson Way Infants and Middlestone Moor respectively. Not only that but to have six of our schools make the shortlist is such a great testament to the handwork of all of our catering teams.

“We have fully embraced Eat Them to Defeat Them across our education sites as we recognise the lasting positive impact it makes to the pupils and what a difference it truly has made! We are proud to have had the team’s creative efforts in bringing Eat Them To Defeat Them to life recognised.”

Following the success of the 2019 campaign, the February 2020 campaign involved six adverts aired alongside the original TV advertisement on ITV, Channel 4 and Sky each challenging children to eat that week’s featured veg.

The vegetables selected for the 2020 campaign included:

The 2020 #EatThemToDefeatThem campaign was in 1,500 primary schools across the UK. During school closures due to Covid-19 it is possible to download creative worksheets and art projects for children to enjoy.

Clare Phillips, director of social purpose at ITV, added: “It’s so inspiring to see how caterers and schools have taken up the Eat Them to Defeat Them campaign and made it their own.

“It’s the combination of what broadcasters like ITV can do, together with supermarkets, schools, parents and caterers across the country, and our partners Veg Power, that will change children’s attitudes to vegetables. And we know it works." 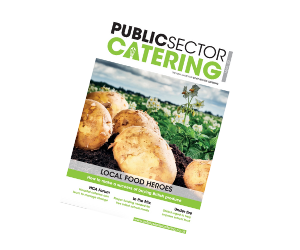