Burts brings home gold at Taste of the West Awards 2022 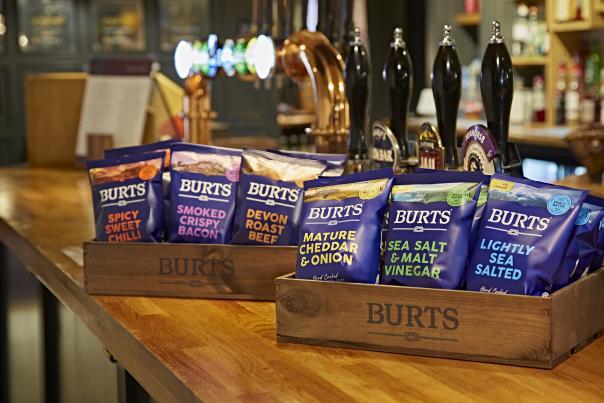 Abstract
Independent British snack maker Burts has won a total of 13 Gold awards at Taste of the West Awards 2022.

Under the Snacks & Light Eats category, Burts has been awarded the greatest accolade from the highly regarded awards programme for its range of hand-cooked potato chips and ‘better for you’ snacks.

This includes its whole new and improved range, including seven flavours of its core hand-cooked range, the brand’s limited-edition hand-cooked Prawn Cocktail flavour in support of helping to raise money for the Royal National Lifeboat Institution (RNLI), two flavours of hand-cooked Ridges and three flavours of Lentil Chips.

Dave McNulty, chief executive of Burts Snacks, said: “Provenance is important to us, and we pride ourselves on creating authentic flavours featuring ingredients locally sourced in Devon and the South West from independent suppliers and growers. To get awarded gold for our whole range, including our newly launched products, is something we’re incredibly proud of as this further cements our quality and taste credentials.”