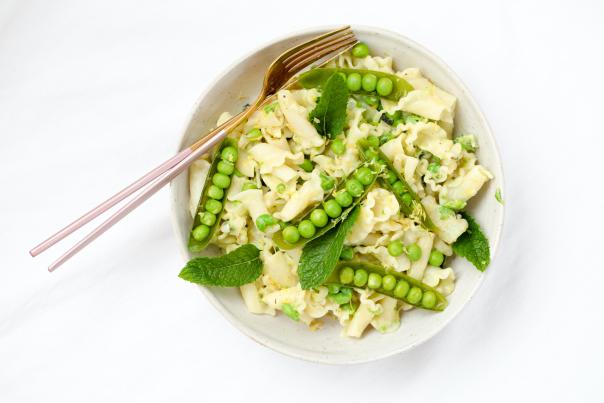 Abstract
A practical guide to help public sector caterers promote plant-based menus has been published by the Eating Better alliance.

Momentum is building behind meat reduction across the public sector and support for the PSC100 initiative, launched two years ago, to reduce meat and dairy consumption by 20%.

More and more chefs are being trained to develop exciting plant-based dishes for the public sector. However, catering leaders recognise that change is not confined to the kitchen - how dishes are presented on menus, really counts.

Changes to menu design and language can be a low cost and effective way to encourage more sustainable diets with less meat and dairy and more plants.

In our 2021 survey of public sector caterers, 80% of those who took part had committed to reducing meat across menus and 83% had increased plant-protein in dishes by up to 20%.

More than half of those surveyed had engineered menus to make plant-based dishes more prominent.

•  Ensure that at least 50% of the menu is plant-based

•  Put plant-based options at the top of the menu

The number of plant-based options on menus has been identified as an important behavioural ‘nudge’ to influence meal choice.

Having a higher proportion of plant-based meals in the menu improves take up. A recent study shows that meat- eaters were significantly more likely to choose vegetarian meals when at least 75% of the menu is vegetarian.

Plant-based options can contain fewer allergens and are inclusive of a wide range of special diets, allowing public caterers to provide offerings for many dietary requirements with less complexity.

Dave Morton, the catering manager at the University of Winchester, says: “Although we have our plant-based cafe, we put plant-based food at the heart of our campus-wide offer. It is important that we have a variety of food that is appealing for everyone, including those on a plant-based diet.

“This means the language we use to describe the food is also important and doesn’t just say ‘vegan.’ An example would be our popular pumpkin ‘mac n cheese,’ it is completely plant-based and students can’t believe it’s not cheese in this familiar dish; it’s those not-so-secret yeast flakes which pump up the flavour.

“We recognise a flexitarian diet is key to helping everyone tackle climate change and we have been collaborating with Friends of the Earth and TUCO on the Kale Yeah! accreditation. It’s a way of rewarding students and staff for making better choices, a form of green nudging.

“The idea is when you buy six plant-based dishes, we’ll reward you with a seventh meal, free. That can be meat-based meal or plant-based, but out of seven meals, you’re having six that are plant-based. This is helping to reduce the university’s carbon footprint and is one step closer to saving the planet.”

•  Avoid describing dishes with restrictive terms, such as ‘vegan’ or ‘vegetarian’. Instead, use basic symbols, ‘V’ or ‘Ve’ and if necessary, use terms like ‘plant-based’ or ‘plant-protein’ in the menu description

Although ‘vegetarian’ may be preferred to ‘vegan’, meat-eaters are still not convinced. While these diets are usually thought to be healthier, many meat-eaters have concerns about nutritional content, particularly protein, and believe that animal protein is superior to plant protein. ‘Plant protein’ has been found the most popular plant-based term.

Andy Jones, Chair of PSC100 Group, says: “Firstly, put plant-based dishes in pole position on menus and secondly change the wording - don’t say vegan or vegetarian, just use ‘Ve’ or ‘V’. Drawing people to it often means they won’t choose it or try it. Say what it is, no fluff, and be honest. ‘Plant-based’ is a term the consumer knows and many are now using this in place of ‘meatless’ or ‘Meat-free’.”

•  Use positive language to describe flavour and freshness of the product (‘homemade’, ‘cooked to order’, ‘sweet and mild’)

Describing vegetables as ‘indulgent’ or ‘zesty’, ‘rich’, ‘tangy’ and ‘slow-roasted’ could lead to 25% more people selecting vegetables than when labelled with a basic name.

Descriptive, flavour-related terms, including ‘spicy’ and ‘mild and sweet’ perform much better (i.e ‘Mild and Sweet Curry’ as opposed to ‘Chickpea and Potato Curry’).

Highlight the flavour of plant-based dishes, as taste is the main decision-making factor when it comes to choosing between menu options.

And use language that highlights ‘freshness’ and locality, such as ‘homemade’, ‘British’ and ‘field-grown’ which can be influential when diners are choosing what to eat.

Tony Mulgrew, catering manager at Ravenscliffe High School, says: “We always offer plant-based options as the first choice on the hot plate and for the past ten years our menu has been 80% plant-based or vegetarian.

“This has been about offering better choice, but also meeting dietary requirements. For example, alongside offering plant-based ‘meatballs’ we would also offer an allergen-free option as well, to meet the needs of some of our students.

“Our overall approach is helping students eat more vegetables, which we source locally from good quality producers. We scratch cook on site with all our plant-based meals, and we try not to use any ultra-processed foods where possible.

“We achieve our mission every day, which is to ensure pupils and staff are eating nutritious, fresh, local and organic, seasonal food which is affordable and safe.”

•  Highlight the variety of plant- based ingredients (eg. ‘plant- protein lasagne’ instead of ‘meatless lasagne’)

Using the terms ‘meatless’ and ‘meat-free’ is ineffective at encouraging plant-based meal selection. These terms can create the impression that the meal may be missing key ingredients or nutrients (particularly protein) and has lower appeal.

Health-focused labelling such as ‘low-calorie’ or ‘low-fat’ can be counter-productive. In the UK, the public perceive healthier foods to be less tasty and therefore less appealing and the common assumption amongst the public is that plant-based diets are healthier, so any stated health benefits may be unnecessary and only make the meal less appealing.

Jayne Jones, commercial manager at Argyll and Bute Council, says: “What has worked well has been talking to our pupils and engaging with them, listening to their suggestions when designing menus and recipes; avoiding negative language around plant-based foods, and running tasting sessions to encourage pupils to try dishes they wouldn’t normally choose.

“Don’t overwhelm your pupils or your catering staff with too many changes at once: creating a transition to more plant-based choices takes time and working with staff to build their confidence is vitally important.

“Celebrate your successes, and use this as an opportunity to talk about why this shift is needed, highlighting the health, sustainability and ethical benefits these changes can create. Don’t forget to have fun with it.”

Tip 5 – Make the connection with traditional and familiar dishes

•  Use traditional and familiar wording (i.e ‘plant-based meatballs and spaghetti’)

•  Avoid modified wording such as ‘chickenless’ or ‘fishless fingers’

Consumers are far more likely to select a menu option if the dish or ingredient are familiar to them.

Familiarity is more important to consumers, when choosing from a menu, than both health, nutrition and price. Natural hesitancy of trying new foods can be overcome by familiar wording.

“Don’t assume that only non-meat-eaters will enjoy meatless or plant-based dishes, the key is to make these dishes appealing and accessible to all.

“Tactics come into play too, so use your meal deals to improve uptake, e.g offering a plant-based dish, with a drink and fruit. Where the plant-based dishes are positioned on the menu really matters, moving them higher up the menu choices seems obvious, but it works."