Was the National Food Strategy White Paper a wasted opportunity? 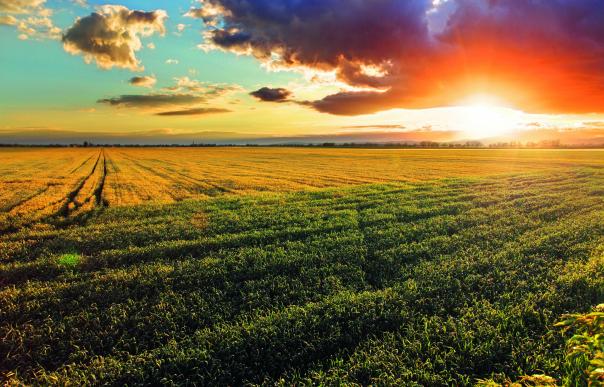 Abstract
The Government’s recently published National Food Strategy White Paper has disappointed many with its lack of ambition, though there were ‘glimmers of hope’ say a few.

The White Paper on the National Food Strategy did achieve consensus among caterers, food campaigners, manufacturers and farmers on at least point – all were relieved that it had at last been published.

Originally promised by January this year at the latest, publication slipped and there were fears it might be shelved indefinitely as the Government turned its focus on Covid recovery, rising inflation and the war in Ukraine.

Now, at last, it has been published and much of the reaction has been characterised by a sense of deflation because, it is felt, a ‘once in a generation’ chance to put the UK food system on a sound and sustainable footing has not been grasped.

In launching it, George Eustice, Secretary of State for Environment, Food and Rural Affairs, seemed to anticipate the sigh of disappointment with a low-key endorsement of the document.

He said: “This food strategy focuses on longer-term measures to support a resilient, healthier, and more sustainable food system that is affordable to all.

“It is complementary to wider government work on cost of living, setting out measures which will ease supply chain bottlenecks and improve efficiency, therefore reducing pressures on the cost of food; it includes measures to support good quality jobs around the country; and it also sets out how we will continue to support children and families on low incomes to learn and eat healthily through various initiatives such as the Healthy Start Scheme, free school meals, breakfast clubs and the Holiday Activities and Food Programme (HAF).

“Whilst we strive to transform the food system in the long-term and unlock the benefits of healthier and more sustainable diets, we will, at all phases of policy development, champion consumer interests and seek to minimise food prices impacts.”

None of this seemed to impress Henry Dimbleby, the restaurateur and food campaigner who wrote the independent review of the British food system on which the National Food Strategy is based.

He had made a number of high-profile suggestions, including a significant expansion to free school meals, greater environment and welfare standards in farming, and a 30% reduction in meat and dairy consumption.

Recommendations by him on diet and public health, such as using a sugar and salt tax to fund healthy food options for those in poverty, also appear to have been ignored, with the issue moved into a separate health inequalities White Paper. The plan also includes no ambition to reduce meat consumption.

“They have said we need alternative proteins but they have not mentioned the unavoidable truth that the meat consumption in this country is not compatible with a farming system that protects agriculture and sequesters carbon,” he told The Guardian.

“We are disappointed that the paper does not deal with the growing crisis in food poverty, particularly among children.

“The school food service could ensure that all children entitled to a free school meal receive a nutritious and healthy one every school day.

“In the current cost of living crisis this entitlement should be expanded to ensure that children who need food get it and we hope that the Department for Education will deal with this shortly.

“It was also a shame to not see the health agenda tackled more directly - particularly the salt and sugar tax recommendations that were in the strategy.

“And we hope that Sajid Javid and the Department of Health will deal with this later in the year, as the Prime Minister has suggested.”

He adds: “Nevertheless, we are pleased to see that the government has finally released the National Food Strategy White Paper and that it starts to tackle some of the issues related to better local sourcing and the environment.

“Though even here the commitment to reducing red meat is sadly missing and as an industry we will continue to push for 20% less but better quality in red meat across public sector menus. Where it is used, we believe it should be sourced from British farmers if at all possible.”

Among the more critical reactions was the one from Anna Taylor, executive director of The Food Foundation, who said: “This White Paper shows that no one in leadership in government appears to have really grasped the scale and urgency of the challenges posed to our health and our planet by the food system.

“What’s more, these challenges are growing exponentially with the cost of living crisis. Despite its name, the whole document is lacking a strategy to transition the food system towards delivering good food which is accessible to everyone. And without a commitment to a new Food Bill, many of the commendable commitments made are in reality toothless.”

However, Love British Food founder Alexia Robinson was more positive: “Serving more locally sourced produce in the public sector is a win-win. It pumps money into the local economy, supports jobs in the area and can provide excellent value for money. It’s a mystery why this hasn’t happened sooner, to be frank.

“Do I think we need to move faster and further? Yes. But this is a positive start for an area which has desperately needed a concerted Government push. Lots more to do, and Love British Food will be pushing ministers all the way.”

Sodexo UK & Ireland Chair, Sean Haley, one of the Top 20 ‘most influential’ people in public sector catering said: “It is good to see core social value principles being incorporated into the Government Food Strategy – we welcome its publication and the consultations that follow.

“At the end of last year, following a COP26 that failed to reflect on the very real impact of food waste, we launched our report Appetite for Action which called on Government to commission a dedicated strategy for tackling food waste. As such, we were particularly pleased to see Defra issue a consultation on food waste reporting for large businesses.”

The importance of educating young people was emphasised by Sara Stanner, science director of the British Nutrition Foundation, who responded: “We are pleased to see that the Government recognises that teachers and school leadership have a vital role to play to improve child health, having introduced some measures around food education within the Levelling Up White Paper.

“But we need to recognise that food education is more than ‘cooking’ and must encompass learning around healthy eating and where food comes from, to enable young people to make healthier and more sustainable choices now and into the future.”

And Chair of LACA Jacquie Blake was concerned about the impact of child poverty on children at school: “We are disappointed that the National Food Strategy’s recommendation to extend Free School Meals (FSM) to all children whose parents earn less than £20,000 per annum has not been adopted in the White Paper.

“There are increasing numbers of children who are falling through the cracks because their parents can no longer afford to buy them a school lunch and yet they are not entitled to FSM.

“Given the current cost of living crisis, an expansion of the FSM entitlement threshold has never been more urgent. LACA will continue to call for this to ensure that all children have access to hot and nutritious school meals.”

Soil Association head of food policy Rob Percival was clearly in the ‘disappointed’ camp, saying: “Henry Dimbleby’s National Food Strategy set out a bold and ambitious vision to make good food accessible for all, and the government’s response feels like thin gruel, falling far short. At a time when people are going hungry and the climate, nature and public health crises are escalating, the absence of leadership is palpable.

“But there are fragments of policy that offer hope, especially the ambition that half of public sector expenditure should be spent on food produced locally or to higher environmental standards, like organic.”

Meanwhile, UKHospitality chief executive Kate Nicholls, said: “With pressures on food supply chains mounting due to war in Ukraine, the publication of the Government’s Food Strategy White Paper is both timely and welcome. It rightly recognises the importance of the entire food chain to UK communities and economy.

“It is particularly heartening to see the importance of sustainability highlighted in the report, as this is a key focus for the industry and aligns with UKHospitality’s wider sustainability drive.”

And Jimmy Pierson, director of ProVeg, was highly critical of the publication: “This White Paper, which fails to even mention the climate impact of meat and dairy and omits any reference to plant-based food as a solution to the climate crisis, is a dereliction of duty.

“It’s a cop out, and largely ignores the National Food Strategy, which called on the nation to eat 30% less meat. Instead, the Government has served up 30 pages of precious little, wasting a golden opportunity to fix our broken food system.”