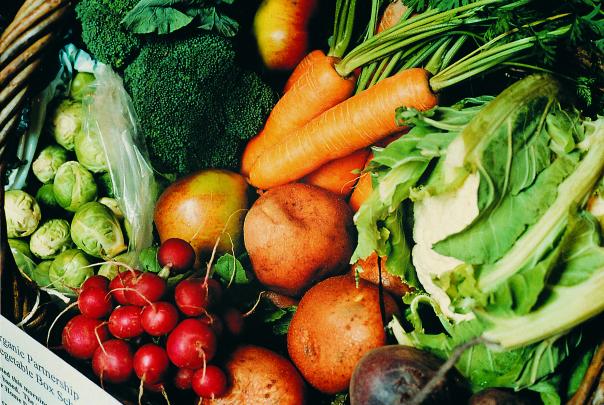 The report has been released during a time when the Extinction Rebellion movement has occupied London in protest over climate change and the lack of government intervention.

The behaviour change paper, written by Imperial College London academic Dr Richard Carmichael, highlights plant-based diets as one of the three big changes we must make, along with lowering emissions produced by transport and heating.

The report found that a shift to plant-based diets would deliver up to a 73% reduction in diet-related emissions compared to current levels and would require 70-80% less farmland.

The report calls on new regulation requiring all public sector menus (schools, hospitals and care homes) to offer a vegan option like they have done in Portugal. In the UK 30% of all meals are provided through the education, healthcare and other government-funded institutions.

Mark Banahan, campaigns manager at The Vegan Society, said: “Provision for vegans in this sector is currently lacking, with hospital patients and school children often going hungry, and our proposed legislation would assist in solving this problem.

“We hope that vegans and non-vegans alike will join us in urging institutions to provide healthy and sustainable vegan food for everyone.”

Dr Carmichael said the government should be expanding choice rather than introducing restrictions- referring to a recent EU proposal to ban vegan products from using ‘meaty’ names.

He added: “This report suggests some practical ways in which barriers can be lowered and people enabled and encouraged to substantially reduce their contribution to global warming.

“[Providing vegan options] would not only cater to those already willing but unable to access plant-based meals but would allow others to try these foods and help to normalise low-impact diets.

“I hope we see some swift action from government to start building up some momentum in new policy and public engagement, as time is running out.”