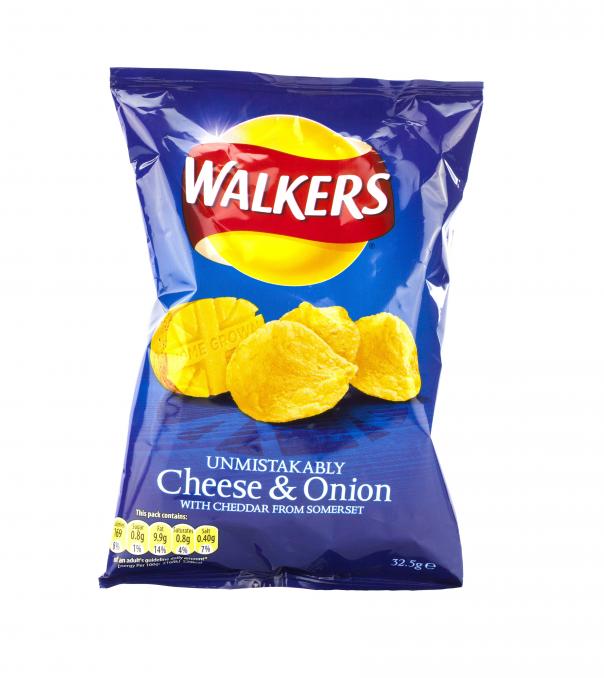 Abstract
Researchers surveyed 2,000 British adults to discover the crisps we hold dearest to our hearts, with almost half (47%) agreeing the blue bag classic is best.

Two other Walkers flavours (ready salted and salt and vinegar) also featured in the top ten, coming in fourth and sixth place.

But the British favourite beat off strong competition from US brand, Pringles, with its original flavour coming in second place, with 46% of the vote.

Walkers was founded in 1948 in Leicester by a local butcher named Henry Walker. During post war rationing, he saw his factory output drop dramatically, so he started looking at alternative products.

As potato crisps were becoming increasingly popular, he decided to focus on hand slicing and frying potatoes to make crisps. The crisps were sprinkled with salt and sold at threepence a bag.

The humble Hula Hoop, made by KP snacks, also fared well in the poll, with three of its flavours making the top twenty.

Skips, Nik Naks and the more modern Tyrells, also made by KP snacks, made the top twenty.

The survey by Perspectus Global revealed the average Briton eats a packet of crisps a day, with the younger generation of 16 to 29-year olds eating eight packs a week, while the over 60s manage four packs a week.

Ellie Glason, from Perspectus Global commented: “It’s clear to see from our research that Britain truly is a nation of crisp lovers.”

London and Belfast are the crisp capitals of Britain, eating over eight packets a week, according to the poll.