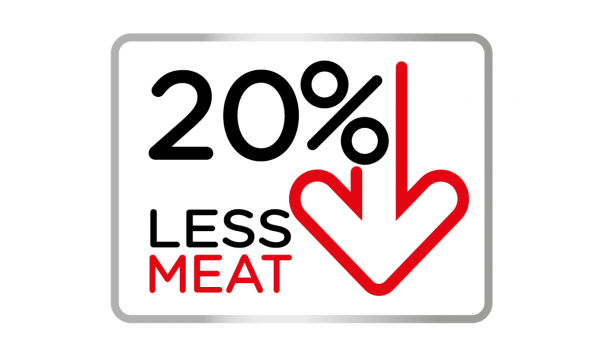 Abstract
The decision by caterers across the public sector to aim for a cut in meat consumption is simply working with consumer trends and scientific advice on climate change, writes David Foad.

It is fair to ask why the industry has decided to collaborate on a campaign to reduce meat consumption. What will it achieve? What has moved them to settle on this particular campaign? And, importantly, what happens next?

The impetus was the meeting of the Top 20 ‘most influential’ people in public sector in catering back in December, when industry leaders agreed that two major trends of 2019 offered them an opportunity to show leadership on an issue of real significance. Those attending represent key figures in foodservice as chosen by an independent judging panel in an annual event organised by Public Sector Catering magazine.

And the two trends they identified were the huge increase in interest in plant-based meals and a much heightened awareness of climate change and the impact on it that is generated by our current meat-rich diet.

Andy Jones, chair of the PSC100 Group, told meeting: “Our customers are changing and food trends have changed. More people want to eat healthfully, and we're seeing a rise in vegetarian and vegan diets. We're being driven by the tastes of our customers and their desire to reduce the impact on the environment.

“It's about doing the right thing. We have to start reducing carbon emissions.”

The question quickly became one of settling on an easily understood target that was achievable, practical and capable of being summarised succinctly – and the #20percentlessmeat hashtag was born.

The heads of the UK’s catering associations felt that a 20% reduction in meat made sense as it was not too prescriptive and would allow the different parts of the industry to deliver the cut in the most appropriate way for their customers, whether schoolchildren, students, patients or care home residents.

As it happens, since the 20% target was set, the UK Government’s own independent advisory body the Committee on Climate Change led by Lord Deben has published a report into the policies needed to meet the Government’s aim of net zero emissions of greenhouse gases by 2050.

Catering leaders in the prison service and Ministry of Defence said they were not in a position to remove meat from menus. In fact service personnel required calorie dense ration packs when on exercises and had to be offered a range of options when dining on base.

Both, though, emphasised that healthy eating advice was part of their remit and the growth in interest in plant-based meal options would be reflected in their menu-planning going forward.

Another element of the discussion behind the 20% target was the reality that not all meats are equal – the environmental impact of raising beef is typically much greater than that for chicken. Should such differences be part of the target? In the end, it was decided that trying to account for them would complicate the message too much.

It is expected that caterers will take a number of different approaches to introducing the cut. For some, such as schools, a meat-free day is a simple and easily-arranged option and a number of them already include these on their menu cycles.

Others might well look at buying a bit less meat and using the money saved to source a greater proportion of British, higher-welfare produce.

Others again might try to achieve the same aim through ‘nudges’ such as putting the vegetarian option at the top of the menu.

All, though, are very conscious that their responsibility to many vulnerable members of society and the need to meet nutritional standards means their room for manoeuvre on menu changes is limited.

There was also much discussion among leaders about setting a target for achieving the reduction, but they also recognised that without robust measurement this would be virtually meaningless. Right now, there exists no easy way for caterers to accurately do this.

Some parts of the industry, such as schools and universities, have already made strides in recent years that put them within touching distance of achieving the goal.

Hospitals and the care sector, by comparison, have many more older people for whom a main meal, by definition, includes a meat element. The feeling that this is a collective public sector exercise is another reason why a target at this early stage of the campaign was not deemed appropriate.

The next steps include encouraging as many caterers as possible to sign-up online to a pledge to reduce meat served on their menus.

The campaign is getting its own dedicated website where you can sign-up, along with more details about the campaign, resources that might be useful in achieving a 20% cut, tools that can help you assess the environmental impact of any changes you make, and a growing body of inspiring case studies, news and the latest research into food, health and the environment.

PSCMagazine
RT @AlexiaCRobinson: Working with Phil Shelley has been one of THE joys of this year. He is an inspiration. The very best a human being can…
1
0