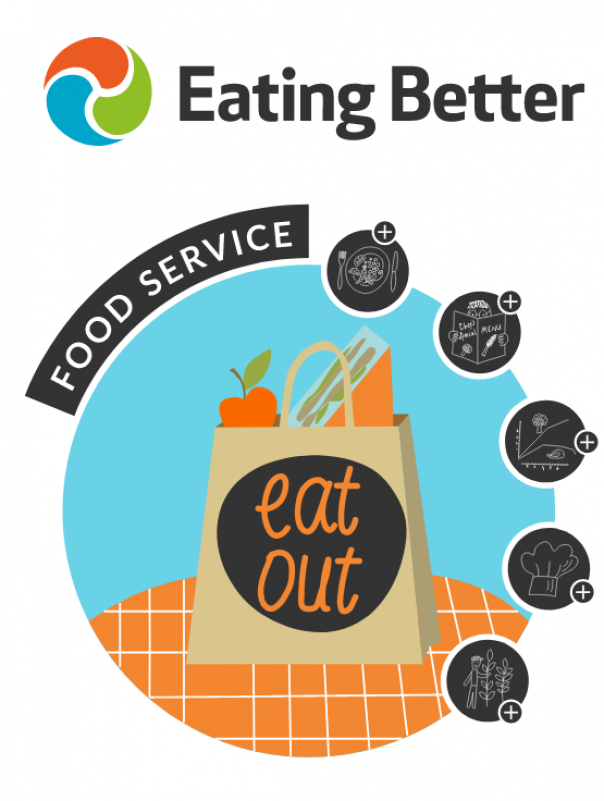 Abstract
Public sector caterers, public health bodies, farmers, MPs, environmentalists and animal welfare experts have set out actions to improve what we eat under the umbrella of the Eating Better alliance of more than 60 organisations.

The alliance’s set of actions titled ‘Better by half: A roadmap to less and better meat and dairy’ was launched at an event for businesses, MPs, NGOs and others in Westminster today (July 18th).

The aim is to set out steps to stimulate a 50% reduction in meat and dairy consumption in the UK by 2030, and for a transition to ‘better’ meat and dairy as standard.

Simon Billing, executive director of Eating Better, said the actions would help create the right environment for people to eat better for themselves and the planet.

“The Eating Better alliance has been encouraged by recent announcements by the UK Government. They have laid out legislation for the UK to contribute net zero greenhouse gas emissions by 2050 and announced an independent review to inform a National Food Strategy.

“The alliance is keen to see these commitments turn to action as there is a feeling that Government has lagged behind consumers, growers and food businesses for too long.

“They need to be at the table in creating the right environment for people to eat more sustainably.”

He said the case for action for less and better meat and dairy was well evidenced and public awareness of livestock’s environmental impact was growing. A 2019 YouGov Survey commissioned by Eating Better had shown that understanding had grown by 23% since 2017.

It also found that 48% of people in the UK were willing or already committed to cutting down or cutting out meat.

“The value of diversifying diets to include more vegetables, wholegrains, nuts, seeds and pulses is clear. But it isn’t always easy for people to make good food choices.

“The Eating Better alliance is clear that this is a complex challenge which no one can achieve on their own.

“There are encouraging signs on the high street. Eating Better surveyed 620 sandwiches for sale in the UK earlier this year and some retailers such as Tesco and Pret are responding to consumer demand for more plant-based options.

“And recent Mintel research has shown that plant-based launches soared to one fifth of all retail food new product development in the last year.

“Farmers and growers increasingly support calls for less and better, which can support farm livelihoods. Nature Friendly Farmers Network and Pasture-fed Livestock Association have joined the Eating Better Alliance in the last year to call for less and better meat and dairy.”

“No one is telling anyone else what to eat, it is about enabling people to make good choices,” added Billings.

Shirley Cramer, chief executive of the Royal Society for Public Health, said: “We know that where we live, and work plays a huge role in our health and wellbeing.

“Children from the poorest areas with the most unhealthy food environments are twice as likely to be obese as their wealthier counterparts.

“It is vital that we have robust national and local policies in place to improve the environment so that the default food option is the healthy one. Only then will we begin to tackle our growing health inequalities.”

The roadmap also emphasises the critical importance of government action; one of the actions it sets out is for the UK Government to ‘deliver a cross-departmental food and farming strategy’.

For more details about the Better By Half roadmap click here: